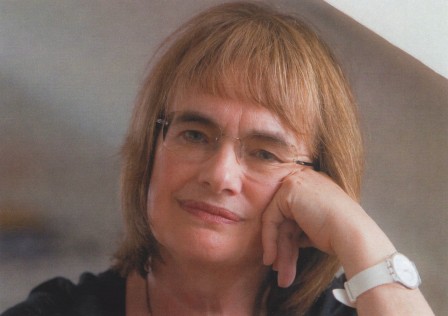 Eulogy For My Beloved Father

When I was a little girl I longed for a red tricycle. One day, I went into the garden of our house in Daventry Road, in Manchester, and there it was, in all its splendour. It cost £12, which used up all the money my father had in his Post office account. This is my earliest recollection of his generosity, which seemed to pour out of him.

He was so kind, not just to me but to so many other people: my cousin Diana tells me how kind he was to her and to her parents, his sister, Connie and her husband, Norman, who endured 3 years in a Japanese prisoner of war camp, as they picked themselves up after the war. Indeed, Connie said over and over again, that her brother Bob would give you his last shilling. Diana says that under his bluff northern exterior there was a heart of pure gold and I believe her with all my heart.

Another memory that I have of him from Manchester days was when I was walking down a street with my mother and we saw a man in rags shuffling by. I said “Hello, Dad!” The link between us was much too deep and strong to be covered over by any disguise, however thorough it might have been.

Two further examples of his kindness took place when he was Chief Constable of Leicester. He brought home two young German students who had become homeless and penniless. On both occasions he and my mother, Kathleen, looked after them and helped them to return home. My father said he hoped that my brother Christopher, who was travelling abroad at the same time, would receive similar care, should he ever be in similar circumstances. It was a natural and loving response, which we witnessed and experienced so many times as his family.

On another occasion in Leicester, on Christmas Eve, a young constable arrested a prostitute for soliciting. My father was very distressed that she should have to spend Christmas Day in a bleak police cell and so ordered the finest Christmas lunch from the Grand Hotel to be delivered to her, by way of apology and compensation for over-zealousness of a young police officer.

Yet another example of his kindness took place when he came to the Met. He received a letter of resignation from an officer who had served for 29 years but who had been in a poor state of health for some time. Realising that the officer would not be entitled to his police pension,  despite his long service, until he had completed 30 years of work, my father tore up his letter of resignation and advised him to stay on sick leave. The officer was so heartened by this act of compassion that he made a full recovery, and returned to work to complete his police service. He then wrote to the Pope to tell him what had happened. My father received a papal blessing, which sits today in my home as a reminder of my father’s generosity of spirit.

As well as being naturally kind my father also had a natural humility. For him one of the worst crimes was to put on “airs and graces” and to put oneself “above” others. He was very open and friendly, very genuine as Michael Mackay, who organised the ceremonials today and who served under my father in the 60’s, observed. He was not ambitious, and he did not seek power, but he was willing to apply himself wholeheartedly to whatever was required of him with determination and focus. He had the courage of his beliefs, as we all know, and the ability to express them. Only recently he was recalling to his carer, Miriam, and to me what it felt like to enter a room full of very angry metropolitan police detectives in the early 70’s and to feel the waves of hostility coming towards him, as a solitary figure facing several hundred men.

As he became more ‘high profile’, firstly as the Chief Constable of Leicester and then as the Commissioner of the Metropolitan Police, he became very well regarded, but he never took the praise to himself and always retained a detached perspective. He said to me that when he went to work he put on a commissioner’s coat and when he finished for the day he took it off and was his ordinary self again. My daughter, Rachel, once said to him: “Oh Grandfather, you must be so proud of all that you have achieved” and he replied: “Well, it was a very long time ago, dear.” But for me there is a timeless element in what he achieved and I am so thankful and grateful that his life is being honoured, by the Metropolitan Police and by the obituaries. In The Daily Telegraph, it reads: ‘He had an astonishing intellect, despite his basic education. Incisive, decisive and always on top of the job, Robert Mark was the very personification of integrity, and the entire population of this country knew it. His family must be so proud of him.’ Indeed we are, how could we be otherwise?

My father also offered great support to people. One day, not so long ago, he moved me to tears when he said to me: “I want you to know that Christopher and I are behind you every step of the way” and I knew that  he meant every word he said. When I was writing a book he read the list of chapter headings and eventually the whole book. He said “I am sure it will be published but I’m not sure if anyone will read it.” I think that he may have a small point there!

My father bore the last ten months of his life with great fortitude. He suffered a fall in November that affected his short term memory and his mobility. My cousin Kate visited him in hospital. They spend a wonderful afternoon together, after which she telephoned me and said “Oh Christina, what a man!” While he was in hospital my daughter, Rachel, brought him some brownies, freshly baked by our friend Nur Anat, who comes from Israel and who was living near us in Hawick. Rachel then told her about my father’s experience with the British Liberation Army, when they went to free the people held captive in the concentration camps. Advised by the Americans, who had studied the psychology of the situation, he used to place pieces of chocolate by the bushes, because the inmates in the camps were too frightened to emerge. Nur Anat’s family were amongst those people who lived in the bushes in Aushwitz, so her gift of brownies to my father became a gift of recognition and gratitude for an event that took place 65 years ago.

Supported by my brother, Christopher, and Miriam Njaka, who cared for my father with endless strength, patience and skill, he cultivated a ‘quiet mind’ – his own words – to prepare himself for his death. Miriam told me that he had the strongest mind of anyone that she had ever met. He needed it to begin his working life, on the beat in the backstreets of Manchester, where once he encountered a lion in a cinema. He said that he thought that the lion was probably more scared of him than he was of it, as it was very old and toothless. He and a colleague escorted it back to the visiting circus nearby and all was well! He took his refreshments at night in public conveniences, because they were the only buildings that were open, and ended up as the Commissioner of the Metropolitan Police Force, where he once took his refreshments as a guest of the Queen at Windsor Castle.

Just over three weeks before he died, he said to me: “Now, Christina, what is your principle aim in maintaining your life?” What a stunning question! The answer that came to me was: “To live my life to the best of my ability.” I believe that this is what he did – he lived his life to the best of his ability and what a life it was. My son, Marcus wrote: ‘all the wonderful things about him will never change, because they are there in history, both in our individual and family histories, and indeed in the history of the country. He was always such a huge and comforting figure in our lives’ and – my words – will always remain so.

One of the last things my father did before he died was to point to my husband, Paul, and to say over and over again, “He’s a good man.” Indeed he is. He has been with me every step of the way during my father’s illness, indeed all throughout our life together, and given Christopher and me endless support.

My father was good at judging men, so perhaps some of his ability has been absorbed by me!

One day he told me about something that happened after the Balcolmbe Street Siege. My father and his driver went to the pub as they always went to on Friday evening, to mark the end of the working week, and when they entered everyone stood up and cheered. I invite everyone here to do that, in your hearts if not with your voices, for the life of a truly remarkable man.