A Voyage Around My Father-In-Law – Paul 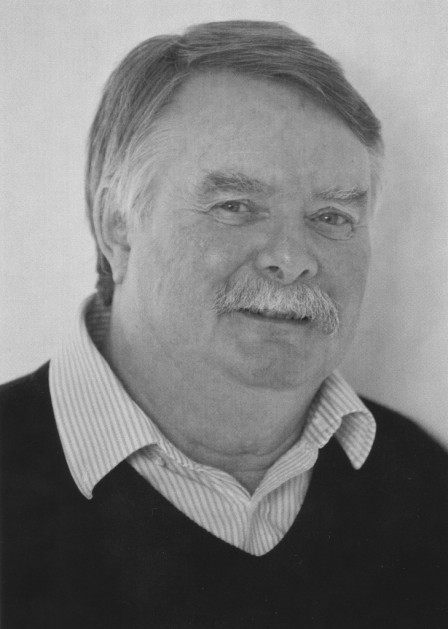 When you strip away all those things by which we qualify a person: background, life history, likes and dislikes, job, opinions, views – all those colourings that accrue from birth onwards and that not only appear to define a person, but also can veil them, – when all of these are gone then the essential qualities remain. These are not contingent qualities created and shaped by external circumstances; they are, rather, qualities of our essence. They show who we really are and it is these qualities which can guide and inform our living, if we let them, and which we can see, recognise and respond to behind the actions of others. In some people they are more evident and visible. The more I knew of Bob the more visible they became.

When Bob was in hospital in the last few days of his life he remarked at one point how important it is to live your life honourably; not just in general, but in the details. Robert Mark was a man who never wavered from living his life honourably and with absolute integrity in all of the details he encountered. These were two of the prime qualities that informed how he lived and he held to them no matter what external circumstances arose to deflect him.

They were indispensable to him in the Met and allowed him to withstand pressures both from within and without. These two qualities, however, proceeded from a third which was even more essential, and that was a wide and generous humanity, which underwrote all that he did and was the essential substratum of his life. It was one that became more tangible as one became nearer to him.

You do not arrive at high office without strong, focussed determination and the capacity for firm, unwavering action. When you become Commissioner, the buck stops on your desk and events will inexorably test you and reveal your defining qualities. It was the essential humanity of the man combined with an absolute integrity, an incisive intelligence and a down to earth practicality, which allowed Bob to achieve so much in the Met.

He was a strategic thinker, able to view and analyse the position of the Police within a society from both an intellectual and a practical viewpoint and able, when necessary, to navigate political currents without compromise, but also without undue confrontation. He was committed to the necessity in a democracy for maintaining the operational autonomy of the police whilst upholding also the equal necessity for visible and transparent accountability. He became a lodestone for future Commissioners and although he retired over a quarter of a century ago the influence he had on the Met is still remembered and valued today.

Bob was a man of wide interests for whom music and literature were essential requirements throughout his life. His sense of humour and cheerfulness was always evident. One day I walked into his room when he was confined to bed in the latter months of his illness. Although slim in my youth, advancing years had in the inevitable but mysterious way of things added some girth. My ‘Hello Bob’ was greeted with a cheery wave ‘Ah it’s Paul’ he said ‘ I could see a stomach coming through the door and I was waiting to see who it was attached to.’

Bob achieved much in worldly terms and also contributed much, but he was not attached to his achievements and viewed his Commissionership as an overcoat to be taken off when the day was finished. His undoubted abilities were accompanied by a natural humility that was rooted in his Northern background. He came from that generation that went to war as young men and came back determined to get on with things without fuss and build a life despite the dislocations that war had brought. For him public service had a real meaning.

Above all it is that wide and generous humanity which I always recall when I think of Bob. It was a privilege to know him and to spend time with him. It was only recently that I realised how much I miss being able to walk into his room, sit down and have a good chat and how much I miss the conversations we had in the last year of his life.