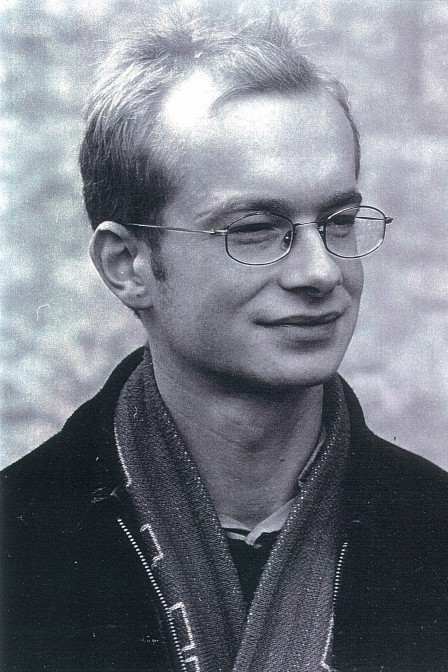 In person, at least as I came to know him some time after he retired, my grandfather was a very direct and humble man. In many ways he exemplified the Northerners’ ideal of having no ‘airs and graces’. He was also kind and generous to a fault. Anyone who knew him only from that period would have been amazed to learn what he achieved in his career, and to learn about the clarity of mind and strength of character which underpinned and enabled those achievements. I certainly was amazed, and so as my way of honouring him, I decided that I would try to explain just how remarkable he was.

It probably goes without saying that my grandfather was an exceptional policeman. He was famous for having taken personal command of two high-profile hostage situations (one involving robbers, another involving the IRA) and for having resolved them successfully. He presided over the Metropolitan Police during a major IRA mainland bombing campaign (according to one of his obituaries, in 1975 alone 10 people were killed and 169 injured in a total of 29 bombings) and had enough success against the IRA that he was considered to be under constant threat of reprisal from them. But he also had time and energy for the more prosaic aspects of police work- according to his autobiography, his passion and principle concern while Chief Constable of Leicester was improving the management of the city’s traffic. In my mind, though, his successes in enforcing the law and keeping the peace are not his greatest successes or the most remarkable things about him.

One of the things I find most impressive about my grandfather was the incredible rigour and depth with which he thought about policing and law enforcement, and the energy with which he pursued his vision of how they should work. The depth and clarity of his thinking is evident from almost every sentence he wrote on the topic, but the following passage (from his Dimbleby lecture) provides a good example:

“Power is an emotive word, particularly in relation to the police. It suggests a right to punish at will, free from effective control. In fact, of course, we have no such power. Our development has always been conditioned by two conflicting needs. One to maintain order and protect people, the other to make sure that we ourselves do not act unreasonably or oppressively. For this reason the police have always remained few in number and answerable to the general law. We have no special immunities. A policeman who breaks the law is prosecuted and punished just like anyone else. The only power we possess is the power to inconvenience by bringing people before the courts, and even then we are at risk if we use that power improperly or unfairly. The fact that the British police are answerable to the law, that we act on behalf of the community and not under the mantle of Government, makes us the least powerful, and therefore most accountable and therefore the most acceptable police in the world.”

Of course not everyone would agree with him, but no one could say that his views were not remarkably clear or articulate. (The fact that he did not attend college or University makes this all the more impressive, as I think that what he wrote could easily have been written by a political philosopher or political scientist.)

Over his career, my grandfather developed a comprehensive set of views about how policing and law enforcement should work. He came to the view that the police should not simply enforce the law and keep the peace, but that the police should also be part of an active dialogue to improve the system of law enforcement and criminal justice. He came to the view that openness and transparency were necessary for the police to be an effective institution. He came to be opposed to pressure groups such as what is now called ‘Liberty’, but was than the National Council for Civil Liberties, on the grounds that they allowed government to abrogate its own responsibilities. He opposed the death penalty, partly on the grounds of the risk of applying it wrongly, but also, if I understand his views correctly, because he believed that it was necessary that the country moved to a system in which it would be easier to secure convictions, but in which sentences would be less severe. He also became, either famously or notoriously, depending on your perspective, of the belief that many defence lawyers were corrupt and that the system for defence in courts of law should be reformed. And of course he set forth his views vigorously, campaigning hard for the types of changes that he believed were necessary. His Dimbleby lecture, in which he laid out his charges against defence lawyers, was little short of incendiary, and reaction to it dominated the domestic media for some time.

I have never been very impressed by people who take all their views ‘off the shelf’, for example. people who subscribe to the entire corpus of views of one political leaning. Likewise, I am not very impressed by people whose views could be predicted based on generic facts about them, for example, I am not very impressed by upper-middle-class middle-aged men who have generally right-wing views, or students who have generally left-wing views. In both cases it suggests to me that there has been a lack of thinking for yourself. My grandfather’s views, however, suggest no such thing- they were interesting and strikingly original. His views were sometimes what one might expect from a senior police officer (for example his dislike of civil liberty groups) and sometimes not what one might expect (for example his opposition to the death penalty and his belief in the need for openness). He thought deeply about topics that concerned him, probably for years, and came to the conclusions that he was sure were the right ones. One of his obituaries described him as ‘a questioning intellectual’- he would have laughed at this description if anyone had applied it to him in earshot, but the description is accurate.

Perhaps most impressive of all, though, was his moral compass, and his willingness to follow its direction. The best example I can give was his campaign to rid the Metropolitan Police of corruption. As many will know, this campaign lead to the early departure from the force of 578 officers, 50 of whom appeared in court. Although by how own admission his work in this area was never finished, he is widely credited with having ended the institutionalized corruption within the force, especially the Criminal Investigations Division (CID) and transforming public perception of the force. What was it like to do something like this, I wonder? We get a glimpse from my favourite passage in his autobiography, where he describes his first meeting with representatives of CID after assuming command of the Met and announcing measures to stem corruption:

“After a week or two I thought the time had come to dispel any lingering illusions. I asked Colin Woods to call the representatives of the CID together and went to see them. They thought they were in for a placatory discussion but they were wrong. I told them that they represented what had long been the most routinely corrupt organization in London, that nothing and no one would prevent me from putting an end to it and that if necessary I would put the whole CID back in uniform and make a fresh start. I also made it plain I was not witch-hunting. Anyone who henceforth did his duty honestly and efficiently had nothing to fear as evidence of past wrong-doing was not forthcoming. But woe betide anyone found wrong-doing in the future. I left them in no doubt that I thought bent detectives were a cancer in society, worse even than the criminals and some of the lawyers with whom we had to deal. I did not ask for questions. Having told them quite plainly what the situation w as I left them in silence.”

It is hard for me to say how proud I was when I first read this passage, and how proud I still am.

I think it must be very, very rare to have all three of these attributes: the efficiency and the force of personality to manage or lead effectively at the highest levels; the intelligence to analyze issues and problems deeply; the strength of character needed to do what is right even in the most difficult circumstances. I certainly do not have all of these attributes, and I am not sure who does. I tend to believe that having all of these attributes must be exceptionally rare amongst the politicians and leaders of the world, for if not, surely the world would be a much better place. I also believe that these are the attributes which comprise greatness.

It is tempting to think that someone who had all the attributes of greatness would perhaps have at least a little arrogance or vanity, that they would have some ‘airs and graces’. You might think that they deserved it! But as I said, my grandfather was remarkably humble, kind and straightforward- he was a great man in more than one way.