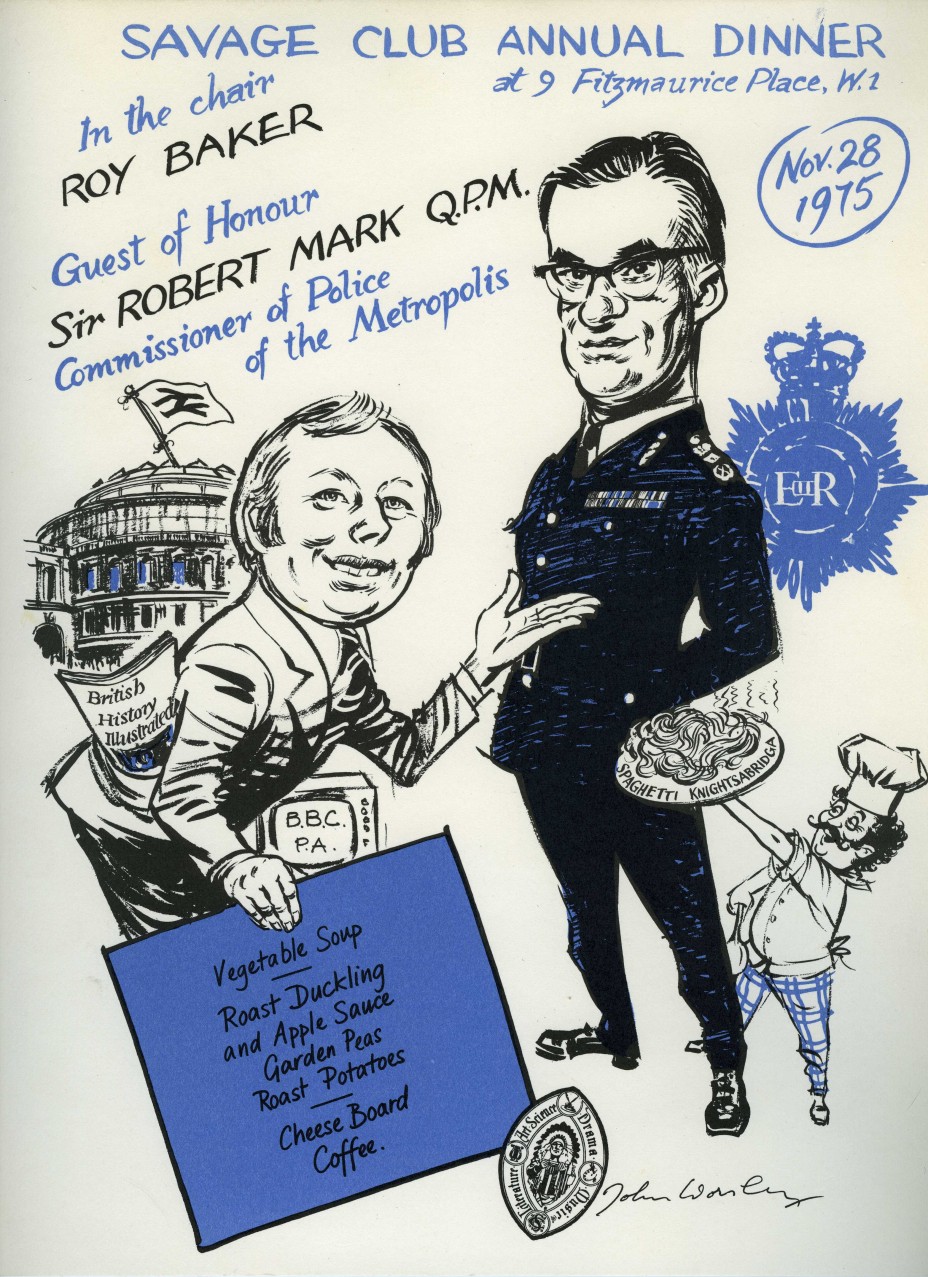 Here is the Menu for the Savage Club Annual Dinner that took place on 28th November 1975, two months after the Spaghetti House siege. This is a menu of great character and charm, showing my father being offered most appropriately a plate of spaghetti! It is signed by a number of members, including the host, Roy Baker. The Savage club refers to itself as one of the leading Bohemian Gentleman’s Clubs in London and requests its guests to call one another “Brother Savage”. My father would not have called himself bohemian but he was an original thinker, someone who reached his own conclusions through the power of a formidable intellect and a compassionate attitude to all that he encountered in life.