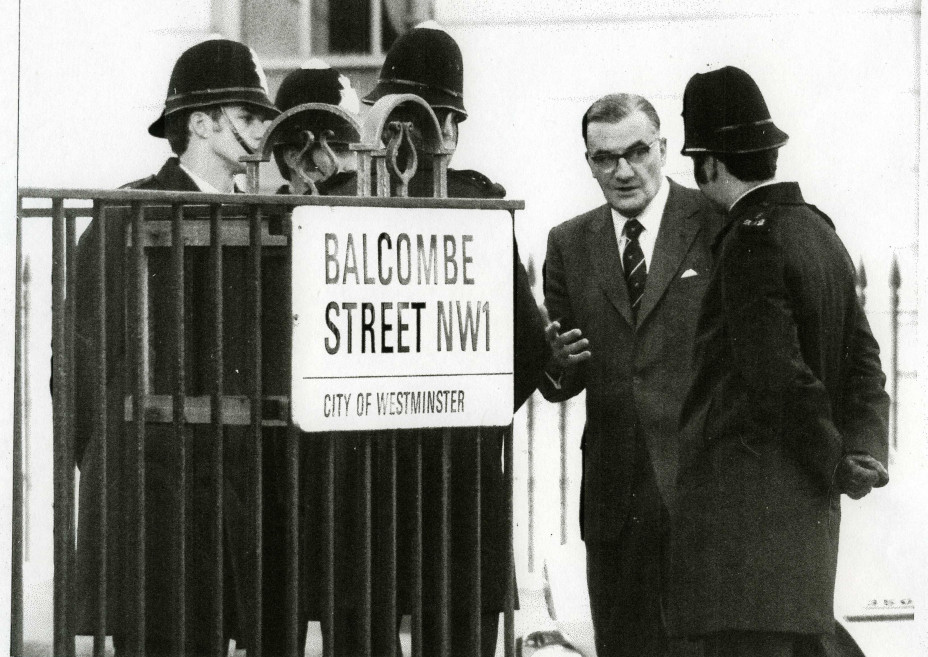 Here is yet another inspiring, definitive photograph, this time of the Balcombe Street siege, which took place a couple of months after the one at the Spaghetti House restaurant. My father made it clear to the terrorists that no negotiations would take place under any circumstances and after 5 days, 18 hours and 55 minutes, and rumours of an SAS presence, the four men gave themselves up, under world wide press coverage. My father took command of the operation and this photograph shows him at the heart of the scene – alert, decisive, expressive and totally in control of a situation that was fraught with danger until its highly successful resolution.