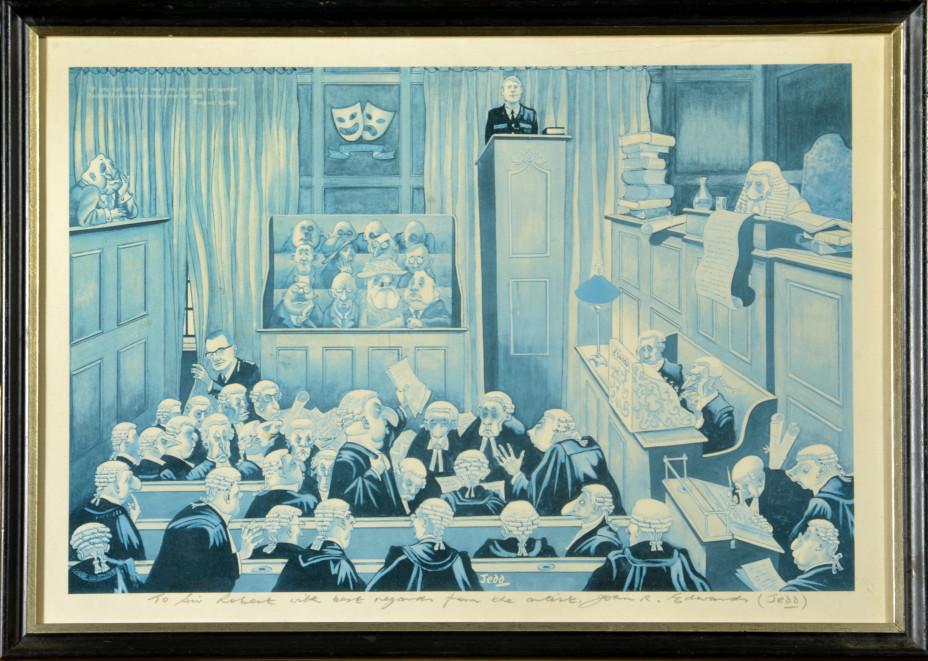 This original piece of artwork was given to my father in December 1975, after he had delivered his famous Dimbleby Lecture on Minority Verdicts on the 15th November 1975.

The original print first appeared in “Police”, the monthly magazine of the Police Federation. The words on the top left hand side quoted from the poem “If” by Rudyard Kipling:

“if you can bear to hear the truth you’ve spoken

twisted by knaves to make a trap for fools”

are both a powerful and a succinct reflection and reminder of my father’s concerns about the malleability of the English legal system and how easily it could be manipulated by people who were more concerned with their own self interest than in the reality of the situation that they had been called on to represent. My father couldn’t bear to hear the truth misrepresented and fought for justice to be served and upheld throughout his working life.