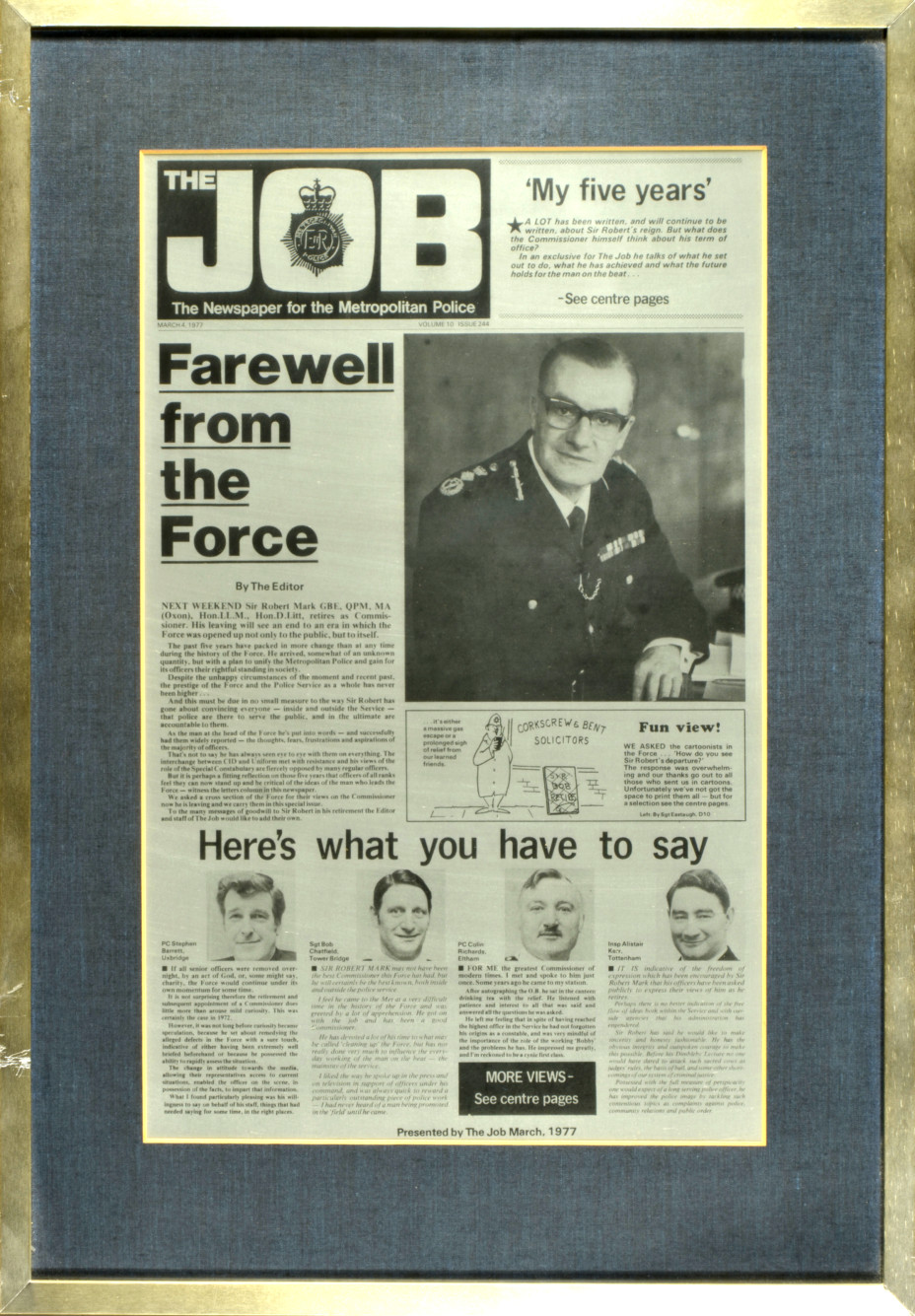 Here is the front cover of The Job, issue 244, volume 10, the newspaper of the Metropolitan Police. It contains comments by serving police officers such as PC Colin Richards from Eltham, who said: ‘He left me feeling that in spite of having reached the highest office in the Service he had not forgotten his origins as a Constable and was very mindful of the importance of the role of the “working bobby” and the problems he has.

He impressed me greatly, and I am reckoned to be a cynic of the first class’. PC Stephen Barrett from Uxbridge noted: ‘What I found particularly pleasing was his willingness to say on behalf of his staff, things that had needed saying for some time, in the right places’. The Editor also commented: ‘His leaving will see an end to an era in which the Force was opened up not only to the public, but to itself’.