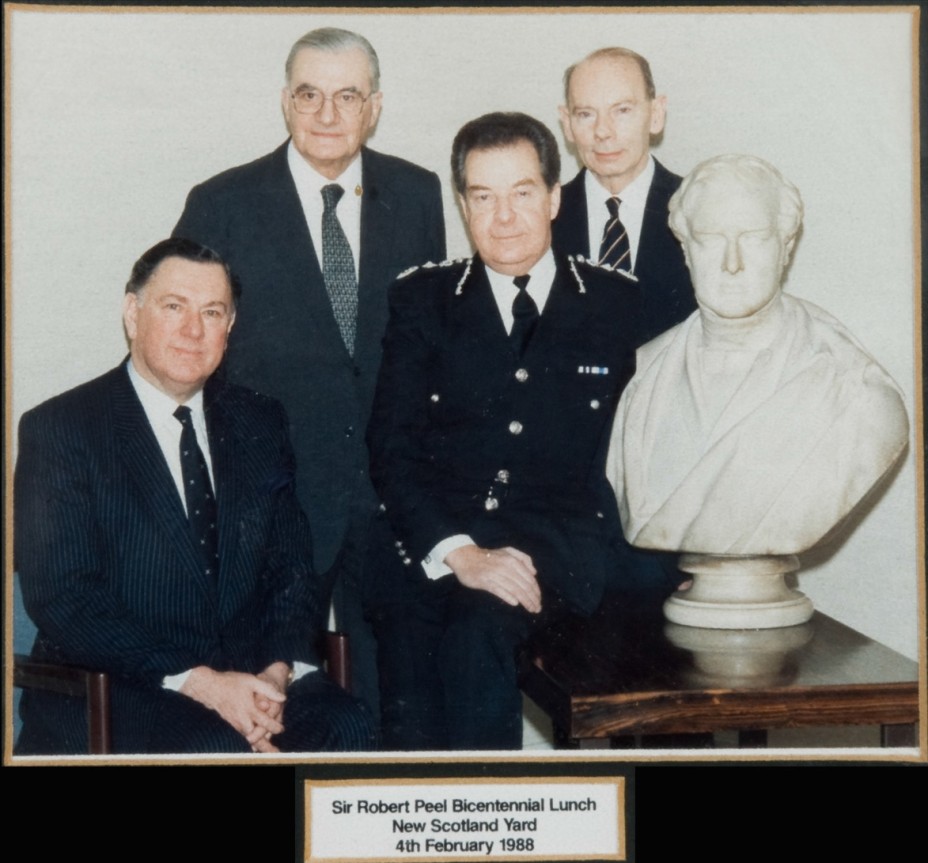 This photograph was taken at New Scotland Yard at a Bi-Centennial Lunch in 1988 to commemorate Sir Robert Peel. He was another man from the north of England, who founded the Metropolitan Police in 1829, when he sent a thousand uniformed police officers to patrol the streets of London. There are some illustrious faces in this photograph, such as Roy Jenkins, Jim Callaghan, Douglas Hurd and Leon Brittan, as well as a small collection of Commissioners!