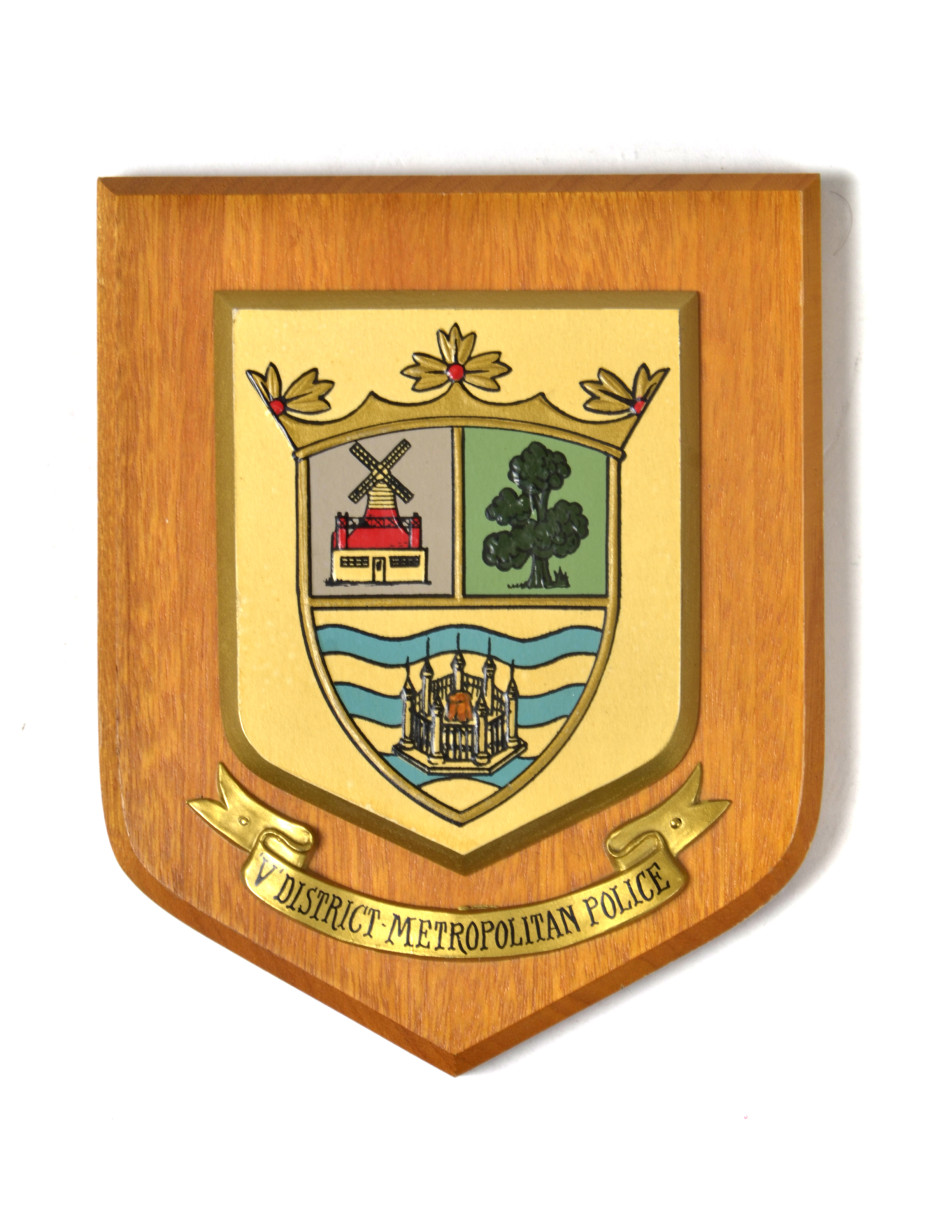 This shield was given to my father by the Joint Federation Committee of V District who represent Kingston upon Thames. My parents’ home came under their domain, although it required specialised protection in later years because my father’s life was under threat. Many years later the four Balcombe Street terrorists were released from prison as a result of the Good Friday Agreement negotiated by Tony Blair. Two officers came to visit my father, who was by then in his late eighties, to reassure him that that he would be protected from any possible attacks. My brother Christopher and I were deeply impressed by my father’s response, by his gratitude, his demonstration of courage, his consideration towards the police officers and his knowledge of current police affairs. He ended up reassuring them as much as they reassured him!