17 – THE THUNDERERS MAN OF THE YEAR 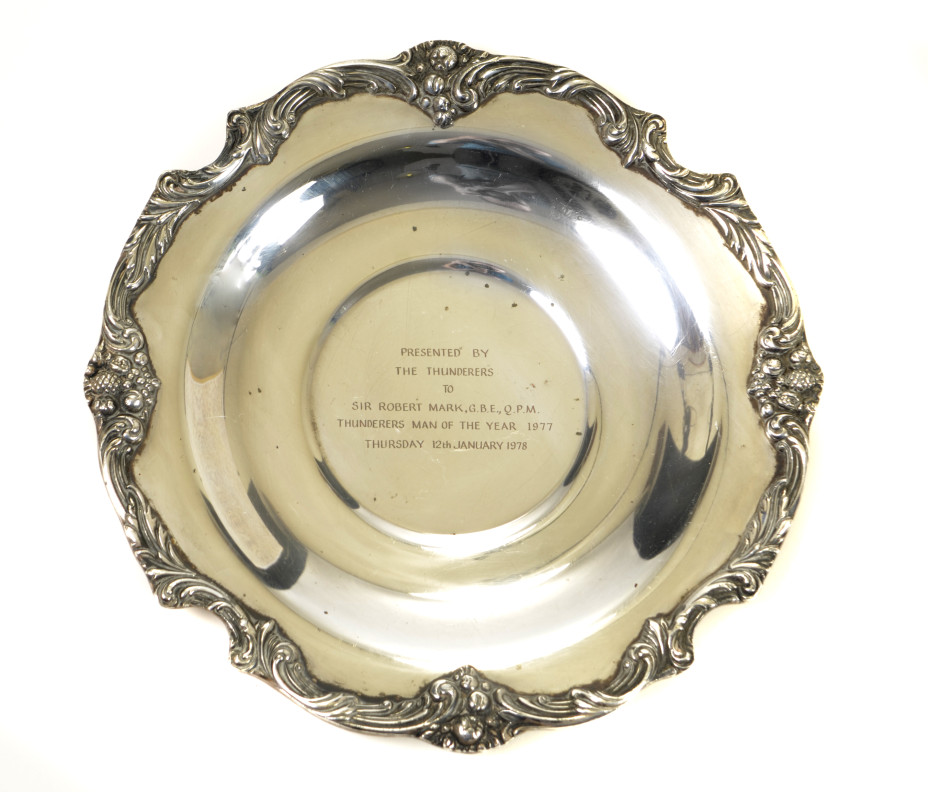 This silver platter was given to my father by The Thunderers to commemorate their choice of him as their Man of the Year for 1977.

By this time my father had become a national figure, featuring on an almost daily basis in the press. Although there were many who opposed his views, especially on law reform, few challenged his integrity and his commitment to those who served with him. The title “Man of the Year” is a fitting tribute to a man who guided the Metropolitan Police through five years of tumultuous history with such vision and strength that the morale and reputation of the force was the highest that it had ever been.