13 – HONORARY FREEDOM OF THE CITY OF WESTMINSTER 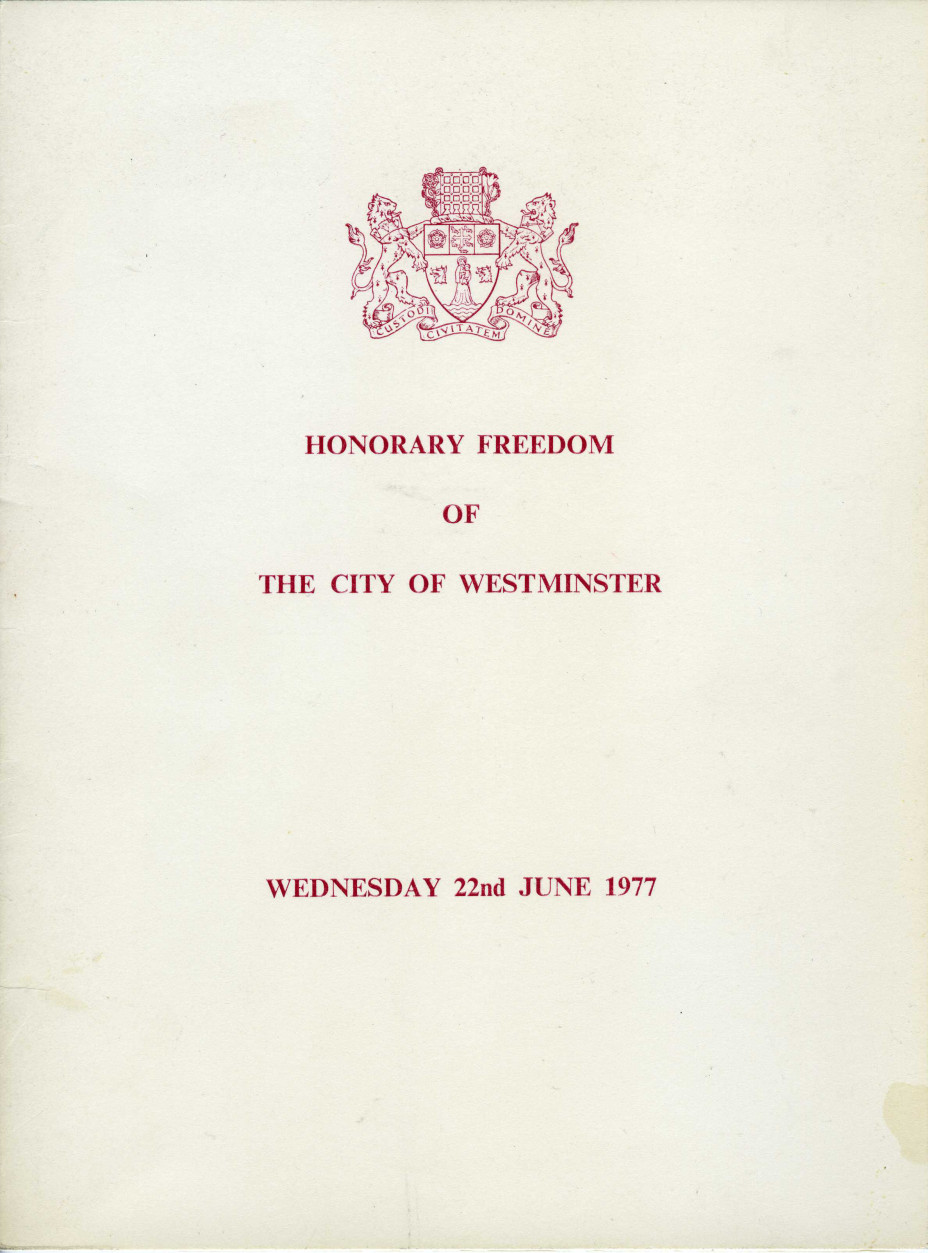 Here is the programme for the ceremony that bestowed upon my father the Freedom of the City of Westminster and three photographs that were taken at the event. This honour was given to my father in recognition of his outstanding public service as the Commissioner of the Metropolitan Police, with particular reference to the Spaghetti House and Balcombe Street sieges, and their highly successful outcome. I discovered after his death that only six people had been given the Freedom of the City of Westminster in the Twentieth Century, and that two of them were Winston Churchill and Margaret Thatcher.