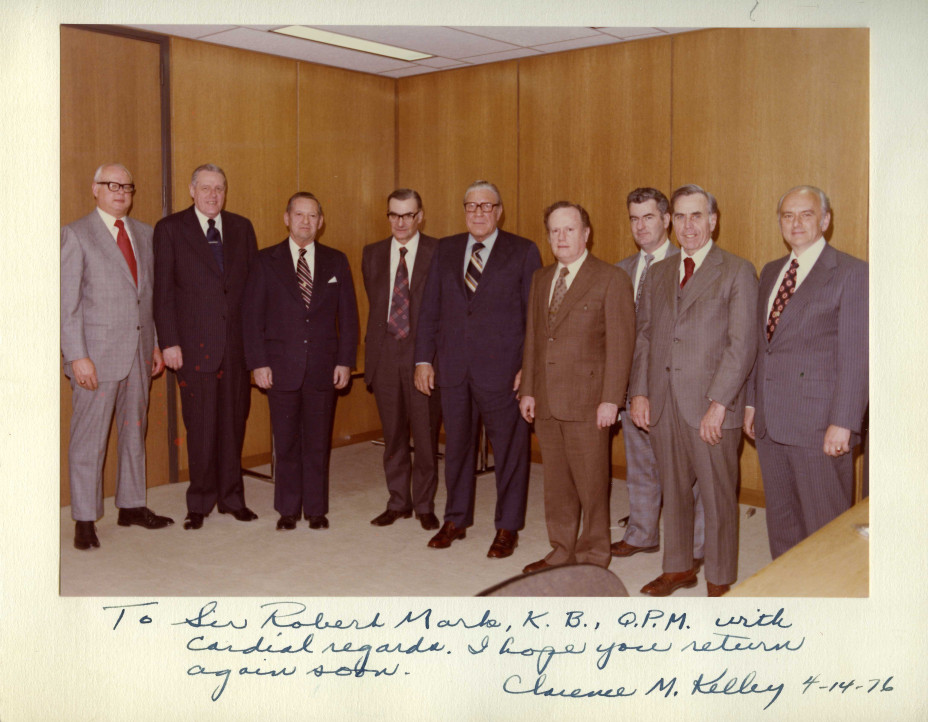 Here is a photograph of my father in Washington DC on the 14th April 1976, with the Director of the Federal Bureau of Investigation, M. Kelley, and seven of his colleagues. As the Commissioner of the Metropolitan Police, he had to gain permission from the Home Office to travel abroad. The 1970s were a dangerous era for the United Kingdom and my father’s life was threatened many times, to the extent that he was always armed in the latter years of his time as Commissioner. However he was undoubtedly in safe company during this visit to the United States of America!

Robert Mark Auction
The Auction, The FBI, The Met
Tweet